When you walk into Brick City Title Insurance Agency, you immediately feel like you are a welcome guest at someone’s home. There are no bare walls or impersonal cubicles in the quaint building. Instead, you’ll find a reassuring and calming atmosphere.

Ocala-born sisters Brandie Bennett and Erica Jones have been in the title insurance business for over 15 years. After working for other title insurance agencies for a few years, learning the ropes and developing a passion for the business, the women decided to go into business for themselves.

“We developed a lot of relationships with people who were very loyal to us, so even though it was a big step, we knew we could make a go of it,” says Brandie. And those relationships grew as word spread and more and more people began calling Brandie and Erica to handle their real estate transactions.

“Even though we are the owners of the company, we are directly involved in the day-to-day operations of our agency,” Brandie adds. “In order to maintain the one-on-one personal attention that keeps the relationships strong, we have the support of our loyal and dedicated employee of nine years, Gina Preston,” she says.

Erica and Brandie are also proud of the fact that they were both born and raised in Ocala.

“We are a local business, independently owned and operated,” Erica says. “This is our community, and we know the area. Whether the transaction is one thousand dollars or one million dollars, it’s important to us,” she says, reiterating that she and Brandie don’t want to necessarily be the biggest but the best.

As a result of Erica and Brandie’s dedication to their clients, an opportunity to expand has presented itself in two ways. Joining the Brick City Title family is Erica’s sister in law, Erin Jones, who adds a marketing aspect to the team. They will also be opening an additional location on Southwest Highway 200.

“We want to be able to offer the convenience of our services to people on both sides of town,” says Erica, adding that they remain determined to maintain personal relationships with all of their clients.

“Without our family support, we could never have accomplished so much,” says Erica. Erica’s husband Eric, who is also a local business owner, and Brandie’s husband Ryan, an elementary school principal, both provide tremendous support by caring for their children. Erica and Eric have two sons, Cooper and Tucker, and Brandie and Ryan have two girls, Hannah and Ainsley. Erica and Brandie’s support doesn’t stop with their husbands and children. Their parents, Donnie and Julia Peavy, have supported and encouraged them throughout their journey. Gina has the support of her husband Kevin and two sons, Kalen and Ryan, while Erin’s support comes from her “kids,” her two dogs Bella and Ivy.

The Brick City Title family offers professional services with the added touch of a personal relationship. Their experience in the business means clients get top priority, but a small-town setup means you can count on them to be your “Simple Solution to a Positive Closing Experience.”

We are family owned and operated. Valuing our customers, we strive to provide the most accurate and professional services possible.

We are proud to offer services for the State of Florida as well as throughout the U.S.

Stay Up To Date 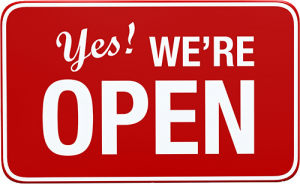 We Are Open For Business

However, in an abundance of caution for COVID-19 and our customers safety.

BE ADVISED- we are sanitizing all public and employee areas on a regular basis.

In order to minimize the number of people in our lobby please call the office when you arrive and provide your cell phone number.

You will be advised to wait in the car, we will call when ready for you to sign and a member of our staff will meet you at the door and escort you directly to the closing room for signing.
If you have a special request please let your closer know before you arrive so that we can accommodate.

Should you be experiencing flu or cold like symptoms, call us sothat we can make alternate arrangements.